Various recordings of the band in action at concerts and contests

The band won the NIBA Grade 2 Championships in 2013 playing Philips Harper's Kingdom of Dragons. Here is a live recording of the performance

The band won the National Championships in 2011 playing Kenneth Downie's Purcell Variations. Here is a live recording of the performance

Stormtroopers take over the Drogheda Brass Band's concert in 2011!

The band last won the National Championships in 2012. We played Penlee as our own choice, a very descriptive piece based on the Penlee Lifeboat Disaster 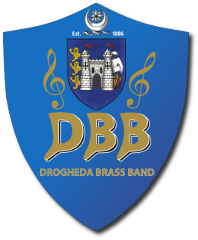